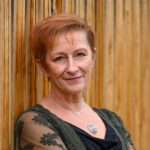 This is an ironic time of year.

It’s so amazing how quickly summer seemed to fly by.

“The dog days of summer”

How did it get to be June so quickly?

May 7th we are excited to host our Ribbons and Roses fundraiser at the Lamar Street Center.

“There is no luck except where there is discipline.”

The Dalai Lama once said “Love and compassion are necessities, not luxuries. Without them, humanity cannot survive.”

We couldn’t do this important work without you – thank you very much!

WSCR-NCORP is putting compassion first with the creation of our Implicit Bias in Healthcare steering committee.

Striving to open studies during these challenging times in order to meet the needs of our patients.

WSCR-NCORP continues to monitor COVID-19 in order to ensure the safety of our staff and study participants.

A Tribute to Debbie Markham

Debbie Markham was a member of the WSCR-NCORP Board of Trustees and a dear friend.  Last month she lost her long battle with cancer, a battle she fought courageously and with tremendous positivity.  My thanks to Debbie’s husband, John Martersteck, who provided me with the information for this tribute.

Debbie lived life fully – she was adventurous and indomitable.  She loved the outdoors and experienced the joy and beauty of creation from remote, windy, glaciated peaks to the otherworldly depths of the ocean.  She was happiest enjoying that beauty while wearing hiking boots, or snowshoes, rock-climbing shoes, snow-climbing boots, or ice-climbing crampons, backcountry skis, or diving fins, or simply barefoot while paddling her bright red kayak.

Debbie was generous with her time, talent and treasure and gave of herself to others.  She volunteered at a homeless shelter in Arvada, Colorado, and a couple of times each month on nights when the temperatures dropped below freezing, she would spend the night with the homeless women in the shelter.

Debbie was a dedicated gardener, and she volunteered at Hope House in Arvada where she helped teen mothers and their children learn to plant and maintain a vegetable garden, allowing them to experience the satisfaction of growing some of their own food.

She served on our Board, helping to bring clinical trials to other cancer patients.  She, herself, joined a clinical trial, not only with the hope of buying some more time for herself, but also for the satisfaction of trying to help other woman who are fighting breast cancer.

Debbie was also a very active volunteer at the Colorado Mountain Club, where for years she has been an instructor for many technical climbing classes.  She served on the Adventure Travel Committee and the Technical Climbing School oversight committee.  And she delighted in sharing her big mountain experience by serving as the Director of the High Altitude Mountaineering School.

In 2013 she attempted to summit a remote mountain in Tibet, the sixth highest in the world, without bottled oxygen.  She climbed to over 24,000 feet, even though the cancer was already growing in her body.

Debbie underwent chemotherapy, multiple surgeries, and harsh radiation treatments to try to overcome her breast cancer. To celebrate her recovery and the beginning of her remission from cancer, she and a group of friends climbed to the summit of a high peak in central Colorado, Mount Hope.

During her remission, she enjoyed another five years of more adventure, and all the while, with a spirit of love, she continued to serve through her professional work at the healthcare company, McKesson, and through her volunteer work.

After the cancer returned, having spread to her liver and bones, Debbie’s doctors were able to use newly discovered drugs that targeted her particular tumor and gave her another two years to enjoy the great outdoors both here in Colorado and abroad.  Debbie led a Mountain Club trip to circumnavigate Mont Blanc, hiking ten days and 110 beautiful and strenuous miles through France, Switzerland, and Italy.  And during those additional two years, she designed and supervised the completion of a dream home for herself and her husband, John, in SW Colorado.

Debbie had a deep and abiding faith which her family says was what allowed her to bravely face the end of her fight and to gracefully share that end with her family.  She lived her life with adventure and with grace, with hope, and with love. Her life is an inspiring example for all her knew her.

All of us at WSCR-NCORP will miss Debbie immensely and are grateful for the time she shared with us as a Trustee, a volunteer, a friend.