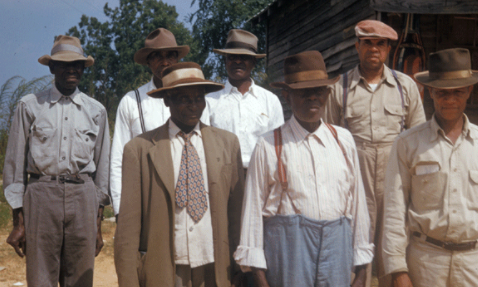 From the CDC: The U.S Public Health Service (USPHS) Syphilis Study at Tuskegee  was a clinical study conducted between 1932 and 1972. The study was intended to observe the natural history of untreated syphilis. As part of the study, researchers did not collect informed consent from participants and they did not offer treatment, even after it was widely available. The study ended in 1972 on the recommendation of an Ad Hoc Advisory Panel, convened by the Assistant Secretary for Health and Scientific Affairs, following publication of news articles about the study. In 1997, President Clinton issued a formal Presidential Apology , in which he announced an investment to establish what would become The National Center for Bioethics in Research and Health Care at Tuskegee University. Many records can be found in the National Archives.

After the study, sweeping changes to standard research practices were made. Efforts to promote the highest ethical standards in research are ongoing today.